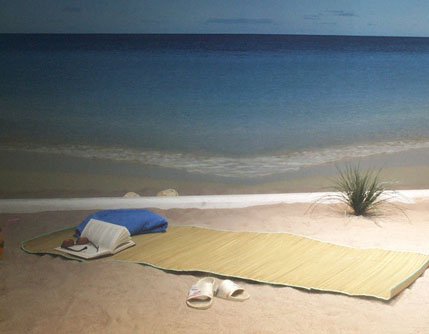 The owner Monica, who had worked for over 20 years as a teacher, decided to re-saddle and started her own company “Stranden” in Nossebro in 2004. After making a study visit to former Suntech in Vänersborg, there was no doubt that it was health through sunlight she wanted to work with.

Monica’s great passion for travel to warmer latitudes and extra great love for Caribbean Trinidad / Tobago, became the inspiration for the decor of the solar room. 3 solar units of the model Hexagon 7 were delivered and after 6 months of hard work with rebuilding of premises in a former nursing homes (carpentry, assembly and interior design work), the sandy beach was ready to receive the first visitors. The indoor beach immediately became a huge success with several reports in newspapers, radio and TV broadcasts both in Sweden and abroad. This also led to Monica’s participation in the famous TV show “Ask the Doctor”. In 2008, Monica was named Female Entrepreneur of the Year. 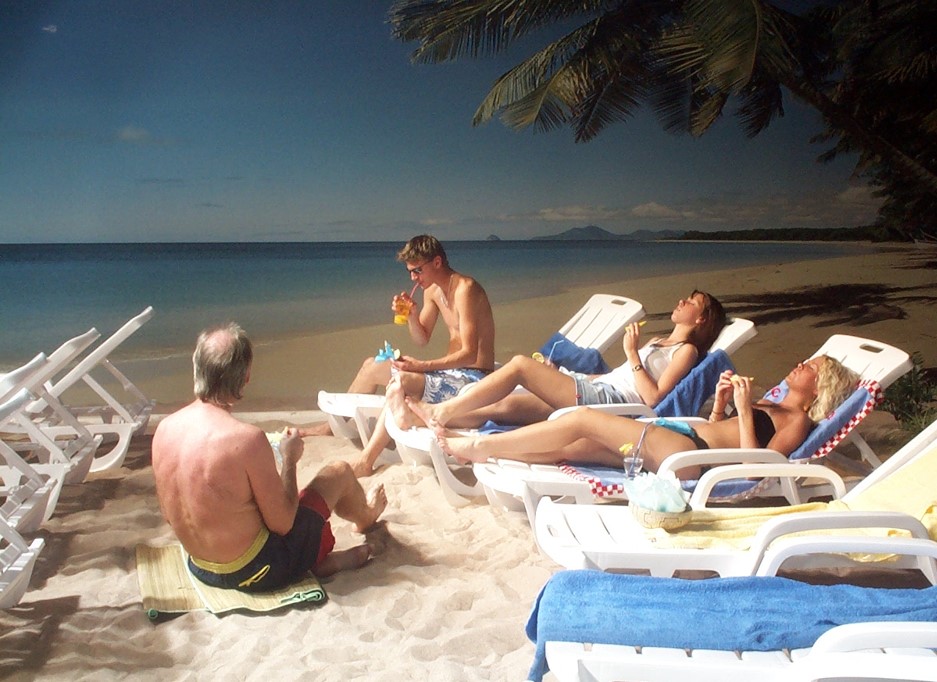 From the beginning, Monica wanted to work with wellness, and over time she has attached doctors and specialists with top expertise in physiotherapy OMT (orthopedic manual therapy), chiropractic, massage, etc. The beach has a broad customer base that extends far beyond Nossebro’s borders: