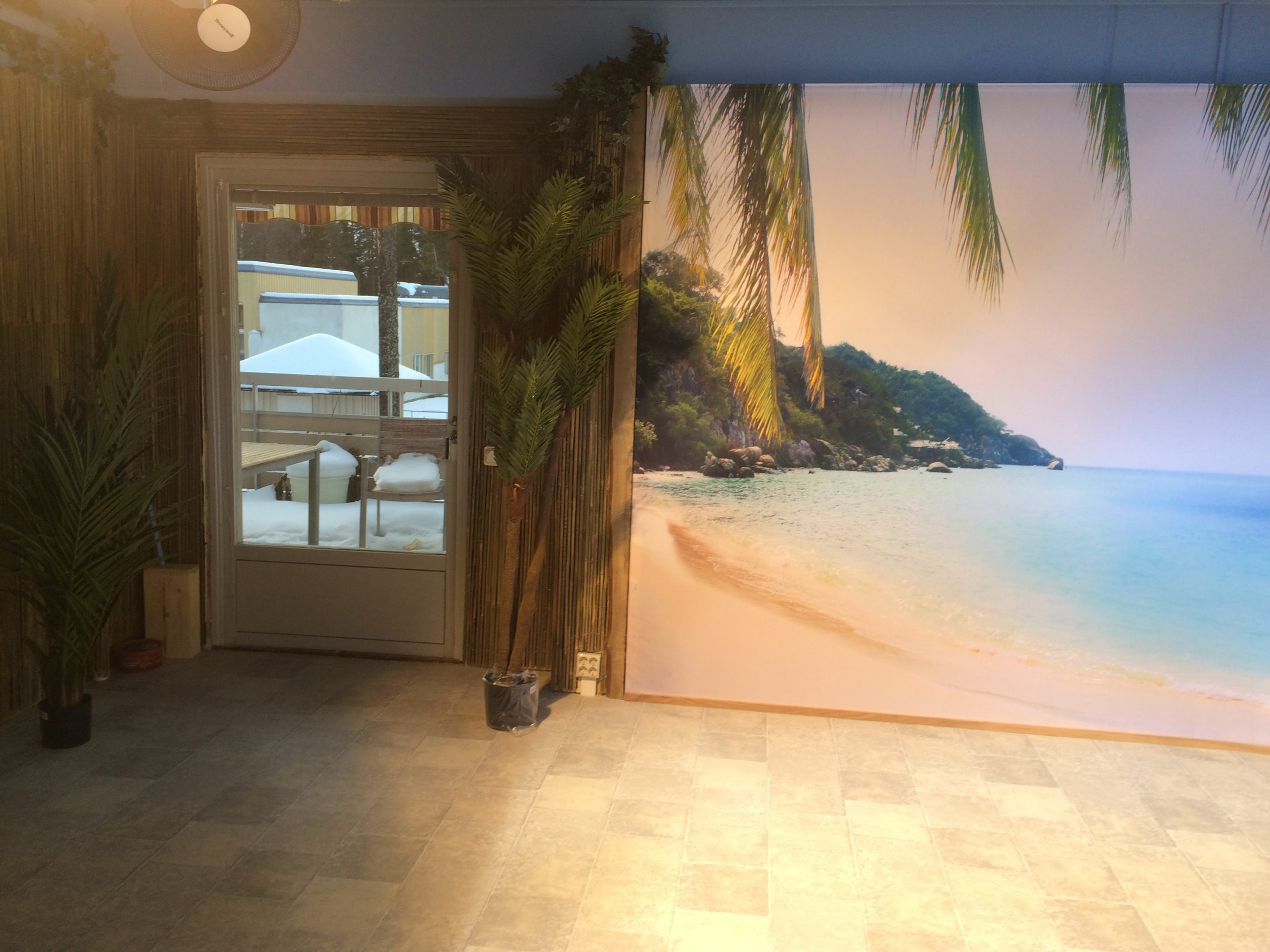 Lack of sun can lead to stress, depression and illness. The manager Lena Holmberg at Tallbacka nursing home in Östersund has made sure to arrange a sunroom for both residents and employees with the help of development funds.

The main goal was to get sunlight for the residents and to come “out” even though it is cold outside. Also the staff could sit in the sunroom and get vitamin D to stay healthy.

Another important goal was to reduce the consumption of medicines.

At the end of 2016, a room with a tropical environment and solar simulator model Triple was installed.

The sun room is decorated with a panoramic background image and several wall scenes such as bamboo, wood and white house wall. Instead of a traditional sandy beach, mobile sandboxes are used in front of the sun loungers where visitors can dip their toes in the sun-warmed sand and get a holistic feeling of being in an exotic place. 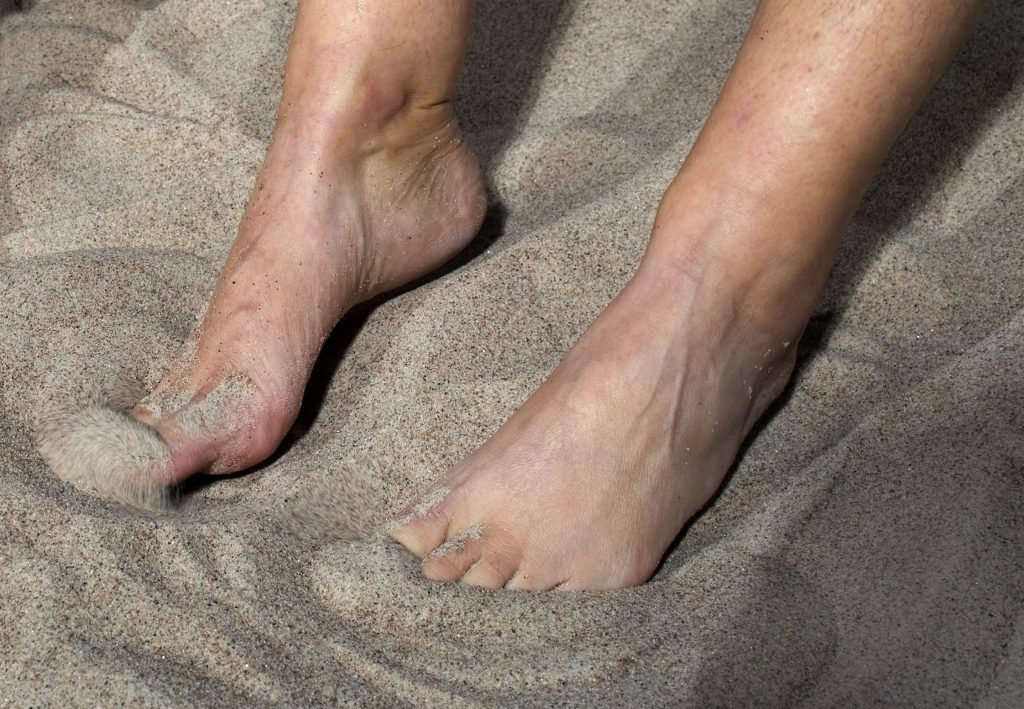 During the first 3-4 months after installation, a clear reduction in medication consumption has been noticed. Every afternoon, 7 days a week, small groups of 5 – 6 people sit in the sunroom and it is clear how quickly the elderly become calm and relaxed in the warm sun environment.

The sun room is very popular and in combination with coffee and drinks served by the staff, it fulfills an important social function. The demented often do not talk much and become difficult to activate. In the sunroom, a pleasant community is created, where they sit in peace and quiet, look at the interior and at each other and smile. Several of the elderly may have dreamed of an exotic holiday, but never been able to travel abroad. Stepping into the warm sunroom becomes as if their dream has come true.

Another important positive effect of sun therapy is seen in the reverse circadian rhythm and difficulty sleeping in some elderly and demented people. The residents who have slept badly during the night are usually allowed to sit in the sunroom in the morning to create a “morning feeling”. After the sun therapy, the elderly become alert immediately and are able to stay awake during the day, which helps them to be able to fall asleep in the evening and get a good night’s sleep.